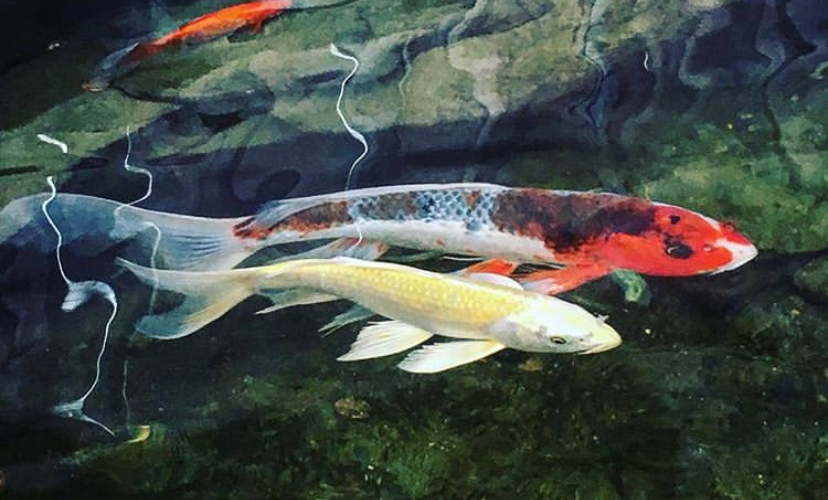 As temperatures drop for the winter, layers of ice begin to form on bodies of freshwater. If you’re anything like me, you might be wondering what happens to all the fish at the bottom of the lakes, ponds, and rivers across the country during the cold months. After all, many living things don’t survive such harsh drops in temperature. For example, earth worms lay eggs before the harsh winter kills them. Then their eggs hatch in the spring and the cycle continues. So, what about fish?
Do they turn into icicles and die out every year like the earth worm? The answer, is no.

Fish are cold blooded animals and rely on the environment to determine their own body temperatures. A fishes’ metabolism slows down in the cold. When this happens, their heart rate slows, they have a decreased need for oxygen, and they move much more slowly.

The layers of ice that form on the surface of the water actually acts as insulation. This means that heat is trapped below the surface, with the bottom of the pond actually being the warmest. Most species of fish stay in groups at the bottom in warm pockets of water. Some species will go a step further and burrow themselves into the sand during the winter.

Although fish are inactive during this time,  they are not unresponsive. This makes this winter resting state different than hibernation and is actually known as torpor. During torpor, fish release hormones that suppress their appetite so the amount of food they need is significantly decreased. All other body functions significantly slow as well.

So, there you have it. Fish don’t freeze in the winter, but rather settle in for a long winter’s rest!